Forsyth Mo. - February was not a particularly good month to embark on any kind of diet, as I recently discovered. It's generally cold and there's not much to do other than eat. So, of course, my thoughts always turn to one of food right about noontime. On this day, I decided to head out and grab a burger at McD's, but then had second thoughts. My last purchase of a Big Mac and a medium French fry was $7.56. I thought that was a bit much, and so altered my course to head over to the local Sonic instead.

The upshot of this was me thinking that is really comes down to a matter of taste and frequency. I planned to allow myself only once such visit a month in the future.

Forsyth MO. - Winter is a particularly hard time for many small business owners and especially for restaurants! I mean who wants to go out in crummy weather? At right is an impromptu listing of most of the food emporiums that existed within the city limits of Forsyth Missouri as of this post. Out of the total of twelve, 2 are closed with one re-opening soon. 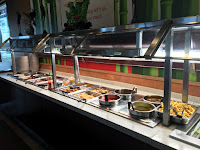 One of the surprises for me, was the Hong Kong Express which I had avoided even though it had been open for some time. When I entered the venue for the first time, I was struck by two things right off the bat; it was very clean looking and the smell of food were out of this world. I asked for and got a take home men. I then wandered over to the buffet which was very clean with food that looked freshly prepared (the time was 2:30PM when I visited). I also learned from the manager that they have both combo platters and individual selections of beef and chicken dishes. 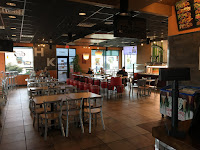 Everything on the menu looked to cost roughly 7 to 8 dollars, to order as meals, with the cost of the buffet (all you can eat?) unknown to me as I forgot to ask. That situation will be soon corrected when I next go there to actually order some food! The establishment offers a 'Dine In Take Out Drive Thru' range of choices with home delivery being available after a certain hour on meals cost over $10 for just $1.99 (not counting tip). Any interested party can give them a call at 417-546-2424 to verify the above information.  I plan to do a food review on this establishment in the near future and will have a link to that post here. One thing I did take note of was that anything on the menu that had the word 'Hunan' meant that it was spicy or hot! There are also little hot pepper icons next to any dish that could be considered hot.

Two other locations that I hope to visit fairly soon will be the Williams Mountain Pizza venue which I've heard also serves up some great pasta dishes and Yummy Donuts - Both of these will be getting full reviews also.

There was no word on when the former Long Horn Family Dining location was going to reopen other than that its new name was The Family Forsyth Restaurant. Also, the long delayed opening of the Shadowrock Bar and Grill is somewhat of a question mark.

The only other news of any import was the announcement that the Frosted Mug was planning to hold a 35th Anniversary party on April the 2nd. The theme was going to be the 80's with a DJ and specials on food and drinks being planned.

A late breaking rumor had it that Charlie's - the popular restaurant located on Hwy 160 and Y had been sold and was to re-open as a steak house. I had not confirmed this rumor as of yet. 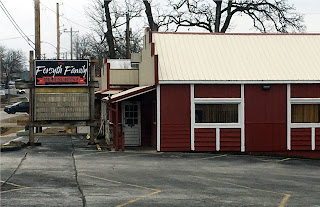 Long Horn - Apparently the Long Horn will re-open soon as they had a sign to that effect posted on their billboard which read The Forsyth Family Restaurant.

Update: Jan 30 - I did get a chance to talk to a man named Jimmy, an Italian who will be re-opening the restaurant 'soon'. He told me very little other than that they had finished hiring.

McD's - The McDonald's located at the intersection of Hwy 160 and Coy was still cranking along when I stopped there recently and ordered a Big Breakfast to go. The cost of $4.43 was acceptable for this 750 calorie meal a deal. At least to me it was. 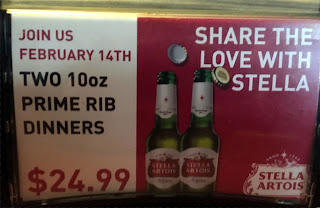 Frosted Mug - Other than the Super Bowl Blowout planned for Feb 2, the Mug will also be offering a special Valentines Day meal for two at just $24.95 on Feb 14. I was unsure if the Stella beers were part of this deal and failed to ask.Update: I was told that the $3.75 beers were not part of the deal. Perhaps love means also buying your girl a Stella! 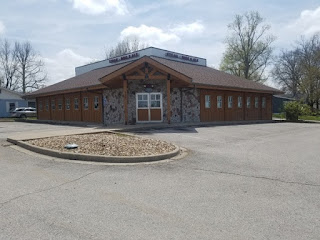 Charlie's Steak, Ribs and Ale - One recent rumor had it that this establishment that had been up for sale for a number of years was sold! I had not confirmed this as of Feb 9, 2020.
Posted by Dan Owen at 12:37 PM 3 comments: 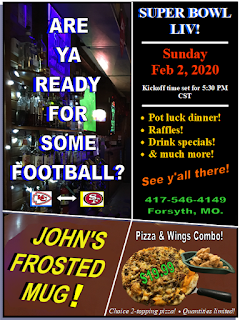 Forsyth MO. - The last time the Chief's played in the Superbowl, the year was 1970! That was one heck of a long time ago and who knows when KC will get another chance to play in the big game? Make sure to get on over to the Mug early as I'm pretty sure that the seats will be filling up fast on game day!

As an added bonus, the weather in the Forsyth area will be in the mid sixties under sunny skies on that Sunday!
Posted by Dan Owen at 6:23 PM No comments: 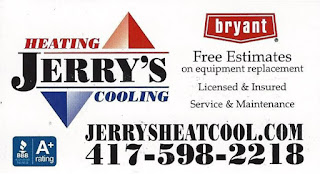 Forsyth MO - On a pretty darn cold day in January, I had a chance to watch a local Hollister service group install a new 5 ton heat pump at a local area business. I noticed that the crew that was working with Jerry Lewis of Jerry's Heating and Cooling seemed very professional and efficient. They really seemed to know the HVAC business very well. Please consider giving them a call. 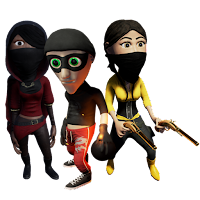 Forsyth MO - A local resident reported to me that there had been break-ins reported in a mobile home park off Hwy 76 near Forsyth Mo.

If true, I'd advise everyone to be observant and if you see suspicious activity, to report that activity to local authorities.
Posted by Dan Owen at 4:55 PM No comments:

Chiefs clinch a Superbowl spot while I watched at the Frosted Mug! 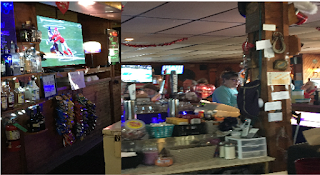 Forsyth MO. - Another Sunday football playoff game was to be watched in very comfortable conditions, even as it was chilly outside!

Surprisingly, considering that only one of three heating units was in operation at John's Frosted Mug located on Hwy 160 in Forsyth MO., it still was a very comfortable 75 degrees. I attributed this to the heat given off by a packed house that enjoyed watching the Chief's shellac the Titans in a decisive 35 to 24 game at Arrowhead. A game that saw the KC Chiefs headed to the Superbowl for only the third time (once in 1967 and again in 1970 in a year they won! That year the American Football League champion Kansas City Chiefs defeated the National Football League champion Minnesota Vikings by the score of 23–7)!

This time around the Chiefs will face the San Francisco 49'ers at the Hard Rock stadium in Miami Florida. I betting that weather will not pose a problem for either team on Sunday, January 26 at 5:30 PM EST on Fox! Grab a choice seat now for only $20 payable to me.... just kidding.

Dan Owen
Forsyth, Missouri, Southwest MO., United States
I am a simple man with a head full of sand (trust me on that). I'm decreed from SIU with a major in microbiology. My current interests include gardening, photography, blogging, boating, weather and hiking!